The Jubilee Congress of elevator sector employees was held in Moscow 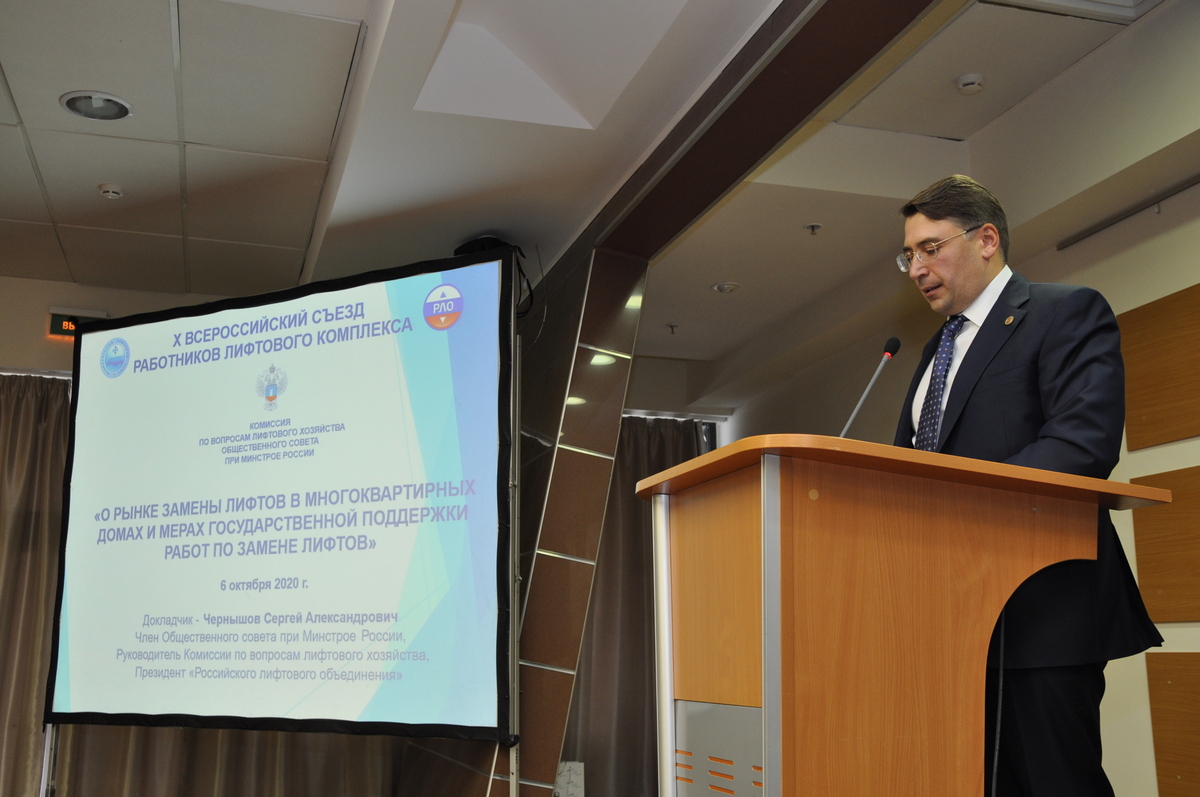 The X-th All-Russian Congress of elevator sector employees was held in Izmailovo on October 5-7. The event included a seminar for elevator cost estimation specialists, a round table "Issues of elevator sector development and ways for their resolution at the current stage", as well as a meeting on independent qualification assessment.

During the plenary meeting, Sergey Chernyshev, the President of Russian Elevator Association, made a presentation on the market of elevators replacement in the apartment buildings and measures of state support to the replacement of elevators.

In honor of the anniversary, the President of the Association presented the letters of gratitude from Sergei Stepashin, the Chairman of the Public Council under the Ministry of Construction of the Russian Federation. The awards for their great personal contributions in development of the elevators sector in the Russian Federation were handed over to Svetlana Matzal, Editor-in-Chief of the “Liftinform” magazine, and Alexey Zakharov, the First Vice-President of the National Elevators Union.

The third day of the Congress was devoted to general meetings of members of the National Elevators Union. Viktor Tishin, the President of the National Elevators Union, said he was very happy to see everyone personally after a long break and thanked the producers for the struggle that has been going on in the interests of the elevator industry for the last year and a half.

The work of the general meeting began with the delivery of breastplates and thanksgivings to the persons celebrating their jubilees in 2020: Konstantin Kolupaev, Director of LLC LKDS, and Oleg Maksakov, Director General of JSC Vozdukhotekhnika.

In addition, during the event the participants discussed such issues as admission of a new member to Russian Elevator Association, i.e. LLC Vysota 43, and updated the membership in the Association Board. Sergey Chertkov, the new Director General of JSC Mogilevliftmash, was incorporated to the Board, and Max Vaksmam was re-elected as an independent Board member.

Most of the discussion has been dedicated to the issue of the minutes of the meeting of the expert group on the subject "Elevators" under the Ministry of Industry and Trade of Russia dated August 25, 2020. The presentation dedicated to the decisions recorded in the minutes was made by Peter Kharlamov, Director General of Russian Elevator Association.

The participants discussed in details the criteria for elevators, control stations, winches. There was also raised an issue of inclusion of the elevator elements, components and spare parts in the action plan for import substitution, and replacement of the lifts in the healthcare facilities.