According to the Xinhua News Agency, an elevator with voice control, where one does not need to press the buttons, now takes the passenger to any floor in a hospital in Beijing

A special system was installed in an elevator in a hospital in Beijing to reduce to the maximum extent the risks of infection transmission in a contact way through pressing the buttons.

The system was developed by Beijing company SoundAI, it is based on technologies of artificial intelligence, voice recognition and interactive design that allows the passengers to control the elevator without pressing the buttons.

The system is capable to recognize the Mandarin and eight local dialects of the Chinese language. In addition, the system can be used to make direct video calls and set an emergency.

Now, it is not clear, what about those who do not know the Chinese language. Would the "smart" elevator recognize the command in English or another language? However, according to developers, the system can operate in parallel with conventional equipment for elevator control, so it does not require any special technical improvements. Further on, it will be tested in a larger number of hospitals. 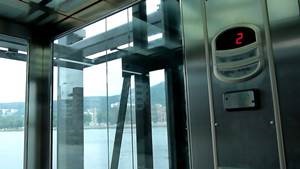