Elevators equipped with pedals instead of buttons appear in Bangkok

Thailand is gradually returning to normal life after the quarantine, which, apparently, will never be the same. Despite the fact that the number of new cases for the last days can be counted on the fingers of one hand, the necessity to keep a social distance has not been canceled. Against this background, in Bangkok began to appear the elevators equipped with pedals instead of buttons because of fear of the second wave of the pandemic, reports the Bangkok Post.

The technical innovation has been installed in one of the largest trade centers in the Thai capital. Initially, many buyers literally fell into a stupor, desperately trying to press the locked buttons.

In the opinion of the administration, the design improvement will significantly reduce the risks, because the customers do not have to touch the surface any more.

Let us remind, from May 17 the major shopping malls officially resumed the work in Bangkok. Initially, there are many restrictions to be applicable. In particular, children's playrooms and cinemas remain closed. 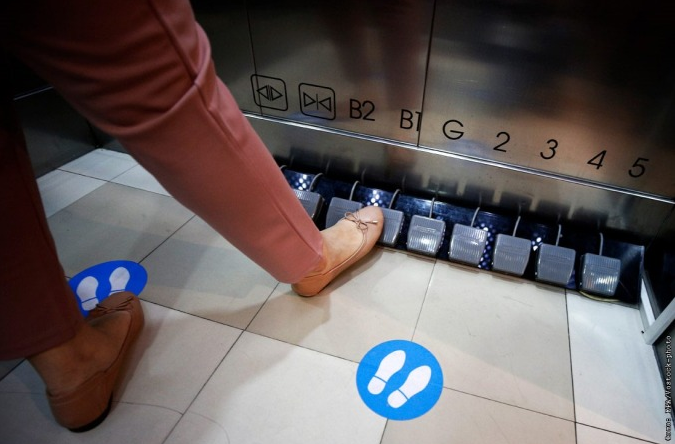